The St Stephen's Organ was built by Hill, Norman & Beard in 1934, and began use in the St Stephen's Uniting Church on 23rd March, 1935. The organ has had major refurbishment in early 2021.

Its specification had been drawn up with the consultation of George Faunce Allman (organist of St James', King St). The stop list included a Tromba and a Phonon Diapason on the Great, these being duplexed to the Choir so they could be used as a Solo division. There was also a stop rarely found on organs in Australia - a Doppel Flute 8'. Of three manuals and 48 stops, this instrument was contained in an imposing Art Deco/neo-Gothic case of Queensland maple displaying towers of pipes with bronze finish. The organ console is detached.

The organ is an integral part of the church fabric and the Foundation is proud to provide funds for its maintenance. 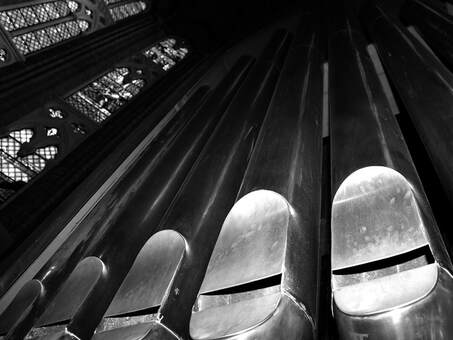